Skip to content
Picking up ANA's latest seat products on the New York route isn't as simple as it sounds. Here are the dates it's flying. 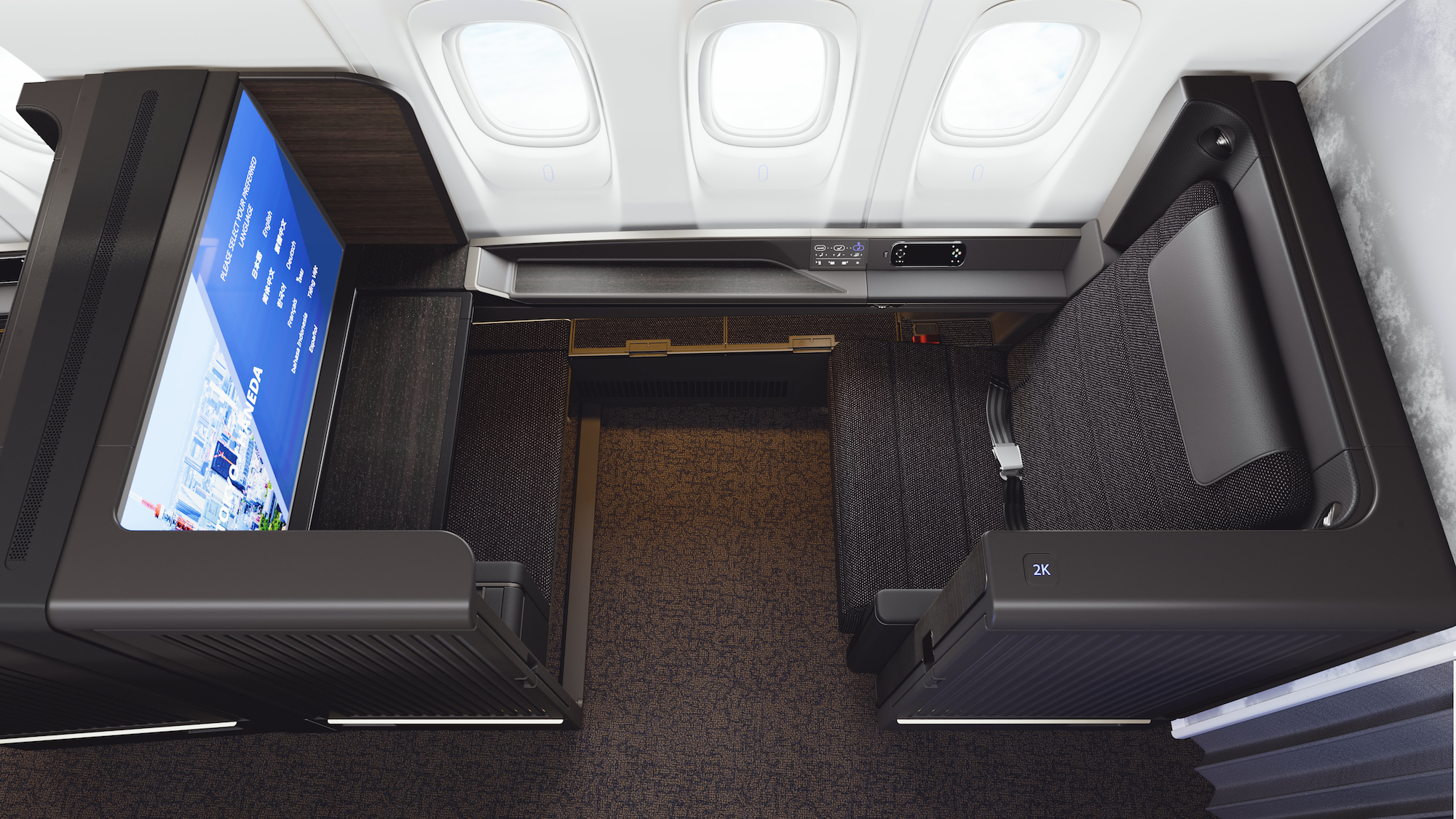 One of the most exciting new Business Class cabin products to hit the market recently is ANA’s “The Room” on its latest brand new Boeing 777-300ER aircraft. The product, which will also be retrofitted to some of the airline’s existing jets, features an extra wide seat with closing privacy doors, direct aisle access, and an alternating forwards / backwards-facing layout; a true Qsuite contender.

There’s also a luxurious First Class cabin, similar in style to that found on ANA’s (unwanted) Airbus A380s, but it’s the Business Class section which steals the show in our opinion.

The new products started flying to London in August this year as NH211/212, originally on alternate days but quickly ramped up to a daily service, which remains effective.

Last month ANA confirmed that the first US destination for the new seats would be New York’s JFK airport. The first flight departed yesterday, 8th November 2019. Services are operating from both of Tokyo’s main airports, Narita and Haneda.

Since the aircraft operating the Narita and Haneda routes “swap over” in New York halfway through their journeys, the launch schedule for flights with this new product is complicated to say the least.

It means the new products will fly a mixture of Narita and Haneda flights on different days of the month, which don’t follow a ‘day of the week’ pattern, until enough aircraft with the new products are in service to allow all flights on both routes to operate consistently with the latest fit.

Why is the schedule so weird?

ANA doesn’t do this just to be difficult or to try and confuse everyone.

The airline doesn’t actually have any Boeing 777-300ERs based at Narita in the high-density premium cabin configuration, which boast the most Business Class seats (68 in the older layout and 64 in this new layout), at the expense of the Economy section.

Since the airline wants to continue to use the premium-heavy configuration on all Tokyo – New York flights (i.e. to and from both airports), the Haneda-based aircraft has to swap duties in New York and return to Narita, then fly a mirror image of the same pattern until it makes it back to its base in Haneda.

A new aircraft sets off every morning on this routing, to provide daily service on all sectors, but it means that with only one refitted aircraft currently flying this pattern, each flight only sees the new cabin products every third day.

These are the daily timings on the Tokyo – New York route:

Without a specific ‘day of the week’ pattern to the flying programme for these new seats, the only way we can show it is by date.

The following tables highlight operation of the new aircraft by flight number and departure date from the origin city. Do note that arrival date is one day later for NH9 and NH109 services.

From 13th December 2019 (departing Haneda) a second aircraft with the new cabin products joins the route, allowing operation on two out of every three days.

This pattern then continues to the end of the winter 2019/20 season in late March, with no indication of the route receiving the new cabins on a daily basis at this stage.

Again since an old configuration every third day does not follow a consistent ‘day of the week’ pattern, our only way to show you the dates with the new products is the list them by individual date through the end of March 2020.