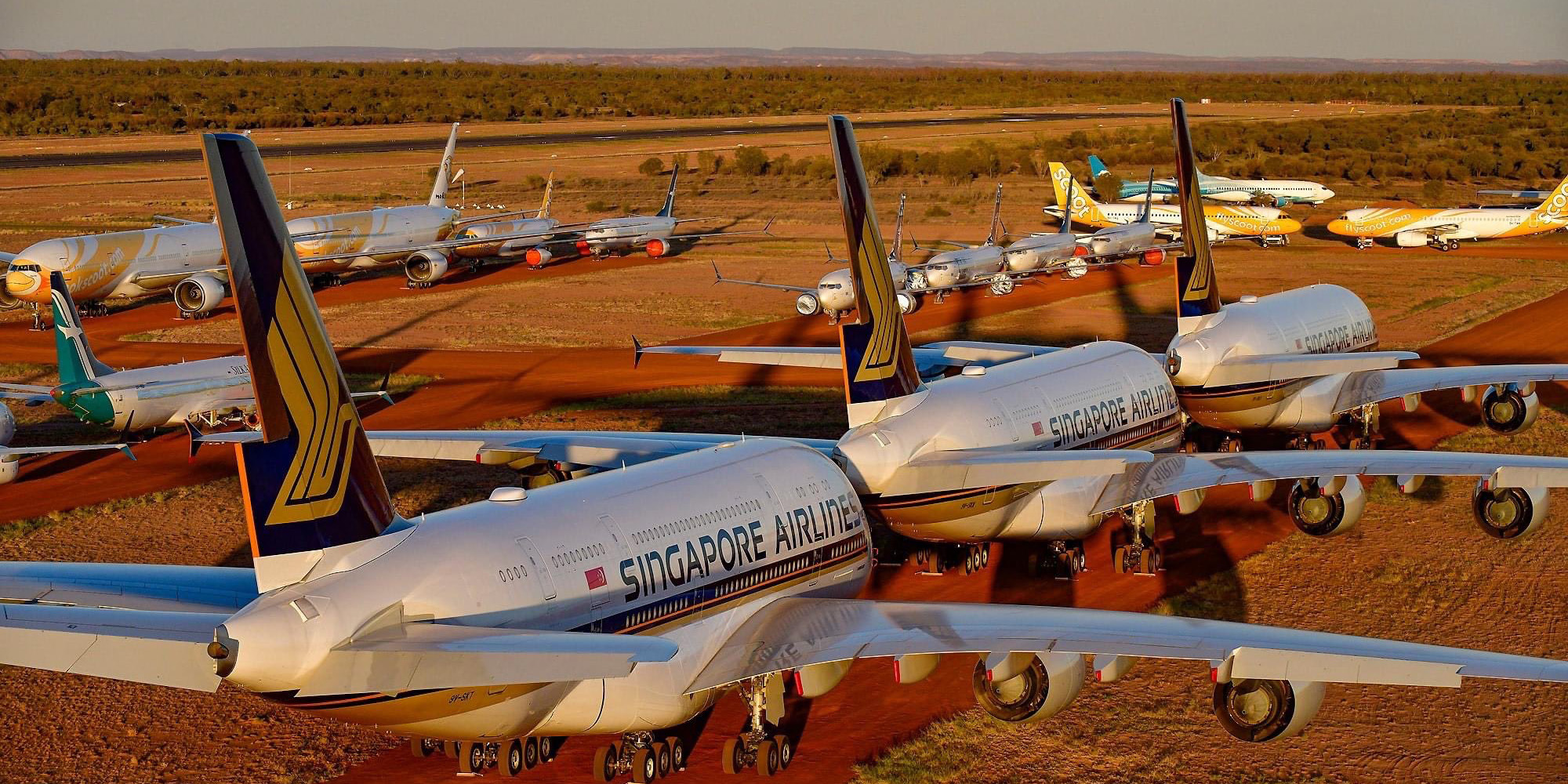 A second batch of Singapore Airlines aircraft were flown to long-term storage last month, including four of the carrier’s flagship Airbus A380s. With only a skeleton passenger and cargo flying network, we revisit our list of active and stored aircraft in the fleet during May 2020.

Meanwhile in a trading update on 8th May 2020, the airline confirmed that it is in negotiations with Airbus and Boeing to ‘adjust’ its forthcoming aircraft deliveries.

Here are the Singapore Airlines passenger fleet totals at 8th May 2020.

The official registered aircraft data in combination with analysis of actual flight movements over the last few weeks allows us to determine the actual ‘in service’ fleet (available to the airline) of 127 planes at 8th May 2020, 59 of which are currently active.

Singapore Airlines Fleet at 8th May 2020

Five aircraft types in the Singapore Airlines fleet remain in storage this month and are not currently being flown at all:

Differences between registered and in service aircraft in the table above:

Changes since our last update

Since April 2020 (and since the CAAS database at 31st March 2020) the following changes have been recorded:

The big news this month was the relocation of four Singapore Airlines Airbus A380s to long-term aircraft storage at APAS in Alice Springs, Australia.

These were the largest aircraft ever to land at the remote Northern Territories airport, and joined three of the airline’s Boeing 777-200ERs flown there in early April.

Here’s a video from Chris Tangey, who filmed the final aircraft (9V-SKZ) landing that morning.

It certainly kicks up a lot of dust (imagine what the first one was like!).