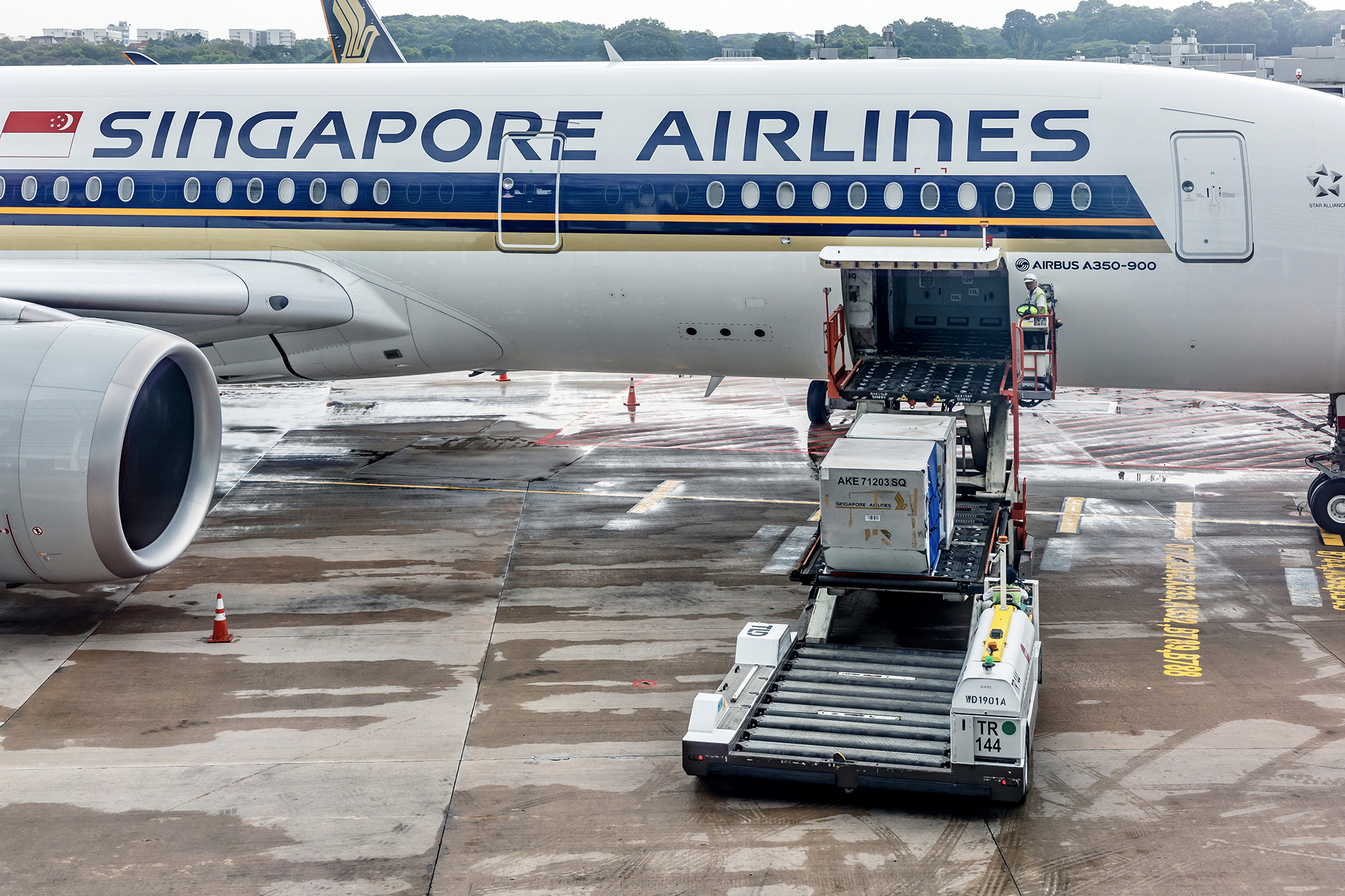 We’ve been keeping an eye on one of the more interesting and growing uses of the Singapore Airlines passenger fleet over the last couple of months – cargo-only services with no passengers. This is our third look at that part of the network, having previously studied what was operating in both April 2020 and May 2020.

Last week a total of 35 cities on the network received at least some flights with passenger aircraft carrying only belly-hold cargo, and that’s without even counting where the airline’s dedicated Boeing 747 freighters were flying.

We decided to take another look at the cargo-only routes this month. The significant ramp up is showing no signs of abating, with the number of passenger aircraft departing Changi carrying only cargo on board increasing by 23% since we checked last month.

Just yesterday we updated on the lowest ever passenger numbers recorded across SIA’s skeleton network of 14 cities to and from Singapore in May 2020. On average just 280 customers travelled on these flights each day – a 99.5% reduction compared with the airline’s more typical daily total of 60,000 customers.

The airline’s passenger load factor also fell to just 9.2% during the month.

What continues to shift though is cargo, with a worldwide capacity shortage exacerbated by the grounding of almost all passenger flights.

While Singapore Airlines carried far less cargo in May 2020 compared to May 2019 for that very reason, cargo load factors on its flights increased from 60.5% to 74.9% year-on-year.

In our April 2020 analysis, at least 12 Singapore Airlines aircraft were departing Changi each day carrying only cargo, either in the underfloor holds of passenger aircraft or in one of the airline’s seven dedicated Boeing 747 freighter jets.

On the busiest days 26 passenger aircraft depart with only cargo on board. Here’s how the airline’s 223 departures from Changi last week looked.

SIA’s passenger departures from Changi are finally increasing this month, with last week marking the first flights under an increased schedule to 12 new cities. In total there were 46 Singapore Airlines passenger departures, a 50% increase compared to the 30 we saw in May 2020.

Cargo-only flights using the passenger fleet totalled between 15 and 26 daily departures from Changi, totalling 140 during the week. That’s a 23% increase since we checked last month.

Cargo-only operations by the passenger fleet currently outweigh passenger departures by around 3:1, making up over 60% of the airline’s flying activity.

Where are these 140 belly hold cargo services operating? We took a look at last week’s schedule and listed the departing flights from Changi in the following table, alongside the airline’s passenger services (which incidentally will also be carrying as much cargo as possible to maximise revenue).