Skip to content
Flying with Singapore Airlines in May 2020 meant having over 10 seats to yourself, as the airline recorded its lowest ever monthly passenger total 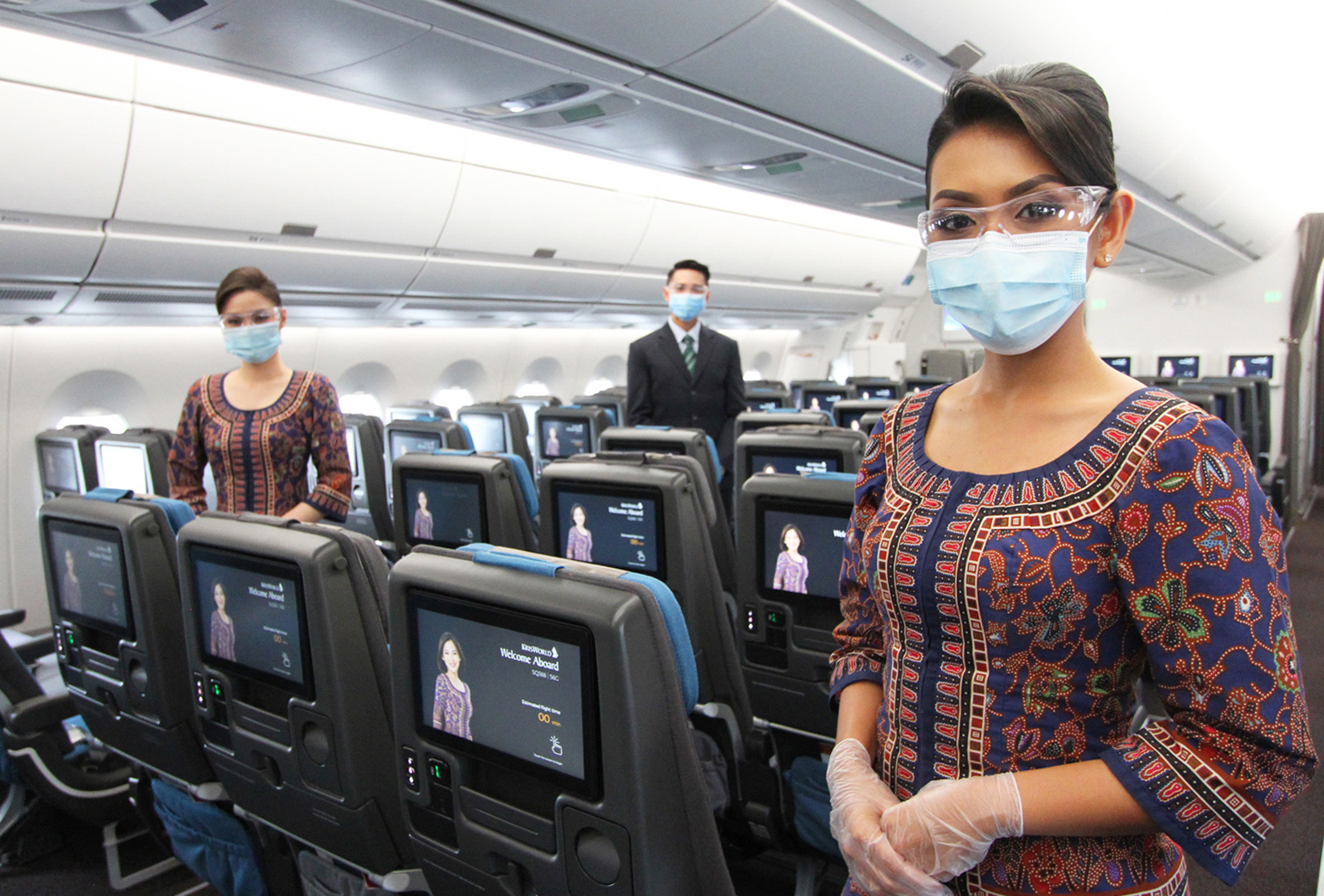 Singapore Airlines released its traffic statistics for May 2020 this afternoon, continuing to paint a bleak picture of the practically decimated demand as a result of travel lockdowns across both regionally and globally.

Overall the airline carried 99.5% fewer passengers, compared to May 2019.

“In May 2020, the SIA Group’s airlines recorded a 99.6% year-on-year decline in passenger carriage… as travel demand was severely impacted by the Covid-19 pandemic, with border controls and travel restrictions remaining in place around the world. Overall passenger capacity… was cut by 96.2% in response. Passenger load factor… fell to 8.6%.

These statistics do not yet reflect any impact from the recently increased passenger flight schedules from the SIA Group’s full service carriers Singapore Airlines and SilkAir, and from low-cost division Scoot, which only took effect in early June 2020.

In contrast, a year later, the mainline carrier flew only 8,600 passengers in May 2020 on 299 passenger flights – an average of just 280 passengers per day and the equivalent of only 29 passengers on every flight.

That’s a 99.5% drop in passengers compared with May 2019. Load factor dropped from 79.8% to just 9.2%, meaning social distancing wasn’t an issue – the average passenger had over 10 seats to themselves.

As a point of comparison, each of Singapore Airlines’ Boeing 787-10 aircraft has 337 passenger seats. Even an A350 Regional, with 303 seats, could easily accommodate the airline’s daily average passenger load last month.

Earlier this month Singapore Airlines revealed its ‘new customer journey’ as the airline began ramping up its schedule by around 75% from May 2020’s low point.

That should mean the low point is behind us, with May 2020 going down in history as the airline’s worst ever month.

Here’s how the statistics looked for SIA’s regional and low-cost divisions.

SilkAir carried only 400 passengers during the month (on 8 flights to and from Chongqing), a relatively impressive average of 50 passengers on each service but around 100 passengers less than it carried on the same flights in April 2020.

The average load factor for the month was 31.7% – the best in the group.

“SilkAir’s passenger carriage decreased by 99.8% against a 99.6% cut in capacity. [Passenger load factor] declined to 31.7%. During the month, SilkAir only operated flights between Singapore and Chongqing.”

The average number of passengers on each Boeing 787-9 was therefore just 11, half the 23 the airline saw the previous month.

That’s a fraction of the 375 available seats, though the airline is continuing to take advantage of significantly enhanced cargo capacity using this type.

“Scoot’s passenger carriage declined 99.9% against a contraction in capacity of 97.5%, which led to a [passenger load factor] of 2.7%.

Thankfully Scoot was the first airline in the group to announce an increase in passenger services from early June 2020, though sadly these are already stalling slightly, presumably as anticipated demand is not materialising in sufficient volumes to support a doubling of frequencies.

Scoot’s lowest ever monthly traffic totals resulted in an average passenger load factor of just 2.7% during May 2020, down from 5.9% the previous month and just a tiny percentage of the usual 85.3%, seen in May 2019.

With a load factor of 2.7%, each passenger flying on Scoot in May 2020 enjoyed 37 seats to themselves, on average. Mainly Miles understands the airline’s Boeing 787-9 aircraft have at least 11 crew on board (including pilots), meaning the crew must have outnumbered the passengers on many services last month.

One saving grace for the SIA group continues to be cargo, with the collective freight load factor across all carriers in the group up from 60.5% in May 2019 to an impressive 74.9% in May 2020.

“Capacity contraction would have been much greater, save for the deployment of passenger aircraft on cargo-only flights. All regions registered improvements in CLF.”

We recently analysed how Singapore Airlines is launching two passenger aircraft with only freight in the holds for every one taking passengers in this analysis, highlighting the 80+ such flights currently departing from Changi each week.

No one in Singapore Airlines will be celebrating these results, reflecting the lowest ever monthly passenger total since SIA commenced operations nearly 48 years ago.

With short-term visitors still prohibited from entering Singapore and with no domestic market to serve, all three passenger airlines in the SIA group have since been almost completely unable to tap into any passenger demand due to the widespread travel restrictions imposed almost globally.