Skip to content
The worst is behind Singapore Airlines with a 62% monthly passenger increase in June 2020, though total numbers remain very low as international borders stay shuttered 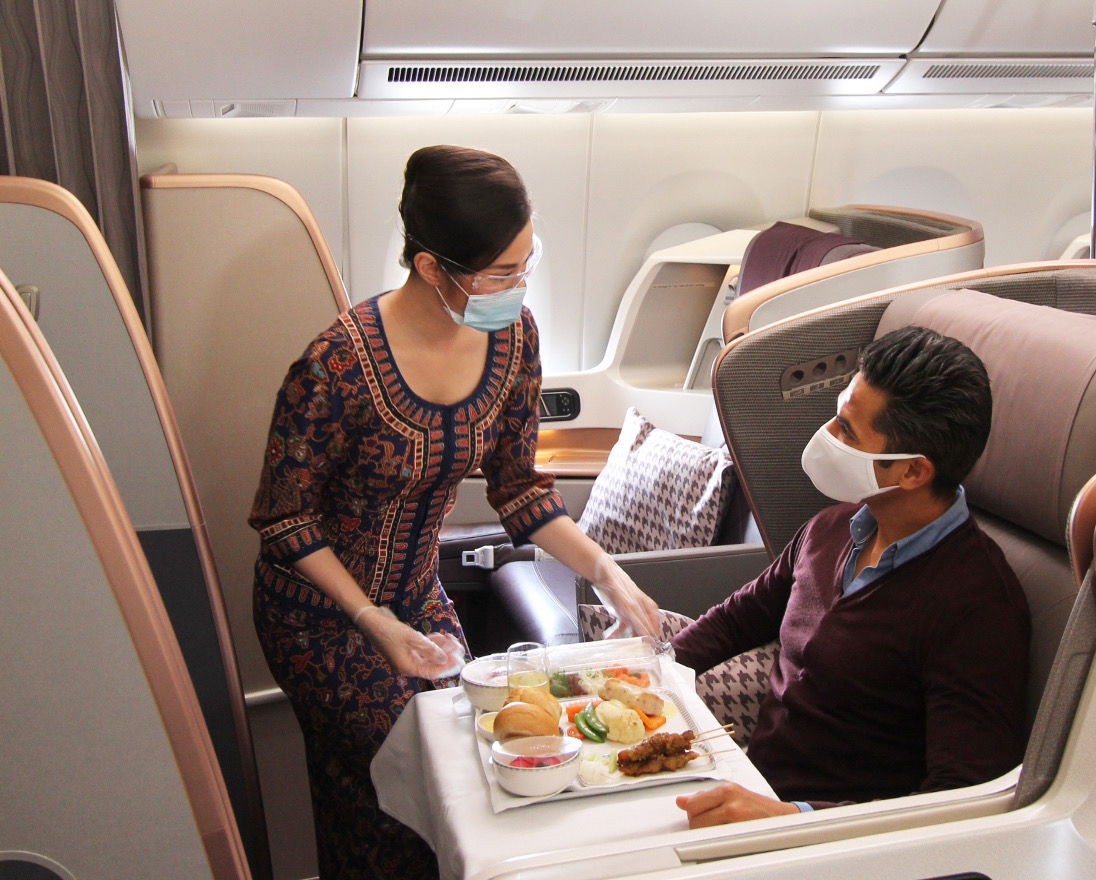 Singapore Airlines released its traffic totals for June 2020 yesterday, with the statistics reflecting the first uptick in traffic since schedules were slashed almost completely to zero over three months ago. The increase came about from additional services and transit traffic approval, which also led to a higher proportion of seats being filled on each flight.

“In June 2020, the demand for air travel continued to be severely impacted as border controls and travel restrictions remained in place around the world. Group passenger capacity (measured in available seat kilometres) was down by 95.1% year-on-year. Overall passenger carriage (measured in revenue passenger-kilometres) was lower by 99.3%, resulting in a Group passenger load factor of 12.2%, a decline of 74 percentage points year-on-year.”

In contrast, a year later, the mainline carrier flew only 13,900 passengers in June 2020 on 389 passenger flights – an average of just 460 passengers per day and the equivalent of around 35 passengers on every flight.

Overall a 99.3% drop in passengers was recorded against June 2019. Load factor dropped from 86.7% to just 12.4%, meaning social distancing wasn’t an issue – the average passenger had 8 seats to themselves.

Even with the increase in flight volumes since May 2020, load factor did improve from 9.2% the previous month.

Load factors by region in June 2020 were as follows:

Interestingly the airline’s three times weekly flights to and from Los Angeles seem to be among the busiest.

Despite the tiny passenger numbers in comparison to normal, the low point is at least behind us. May 2020 will now surely go down in history as the airline’s worst ever month.

SilkAir carried 1,200 passengers on an increased network of 36 flights during June 2020, giving the carrier an average of 33 passengers on each service.

“SilkAir’s passenger carriage decreased by 99.7% year-on-year against a 99.3% cut in capacity. Passenger load factor was 36.6%. During the month, SilkAir only operated flights to Chongqing, Kuala Lumpur and Medan.”

In May 2020 Scoot carried only 600 passengers on its limited schedule from Singapore to both Perth and Hong Kong. In June 2020 however the low-cost subsidiary’s expanded network of 80 passenger flights yielded a more impressive 2,600 passengers.

“Scoot’s passenger carriage declined 99.8% year-on-year against a contraction in capacity of 97.5%, which led to a passenger load factor of 7.7%.”

Scoot’s lowest ever monthly traffic totals resulted in an average passenger load factor of just 2.7% during May 2020, though this increased to 7.7% in June 2020.

Load factors by region in June 2020 were as follows:

The low total to and from Australia is partly due to the airline’s deliberate use of its largest capacity aircraft (Boeing 787-9s) on Perth flights, to take advantage of underfloor cargo capacity.

Another new source for the group’s passenger numbers in June 2020 came from transit passengers. Though in-principle approval was first announced from the start of the month, a regulatory mandate for SIA Group carriers wasn’t in place until 11th June, and Mainly Miles understands the first transit passengers didn’t actually pass through Changi until the weekend of 13th/14th June.

That means transit traffic only assisted in boosting passenger numbers for the second half of the month, so we do expect to see a bigger impact in July 2020, especially as the list of eligible transit origin points has been progressively increased and some flight frequencies have also been hiked in July and August 2020.

One saving grace for the SIA group continues to be cargo, with the collective freight load factor across all carriers in the group up from 57.4% in June 2019 to an impressive 82.5% in June 2020.

“Capacity contraction would have been much greater, save for the deployment of passenger aircraft on cargo-only flights. All regions registered improvements in CLF.”

Last month we analysed how Singapore Airlines is launching three passenger aircraft with only freight in the holds for every one taking passengers in this analysis, highlighting the 140+ such flights currently departing from Changi each week.

In June 2020 Singapore Airlines had its highest monthly passenger total since the low points of April and May, with all three of the group carriers increasing flights and carrying more passengers in the process to a progressively wider network.

Transit passenger approval through Changi since mid-June will also be assisting, with the programme now extended to more cities including origin points in Europe.

Overall however the numbers remain very low. It would usually take only five hours on average for 13,900 passengers to complete their journeys on Singapore Airlines flights, not 30 days!

With short-term visitors still prohibited from entering Singapore and with no domestic market to serve, all three passenger airlines in the SIA group continue to be almost completely unable to tap into any passenger demand due to the widespread travel restrictions imposed almost globally.

However, more flight frequencies and transit approvals for July and August 2020 should mean further small increases in passenger numbers in the coming months.