Skip to content
Singapore Airlines has now cut more flights from its schedule than at the height of the 2003 SARS crisis, as coronavirus shows no signs of giving the airline industry an easy ride this year 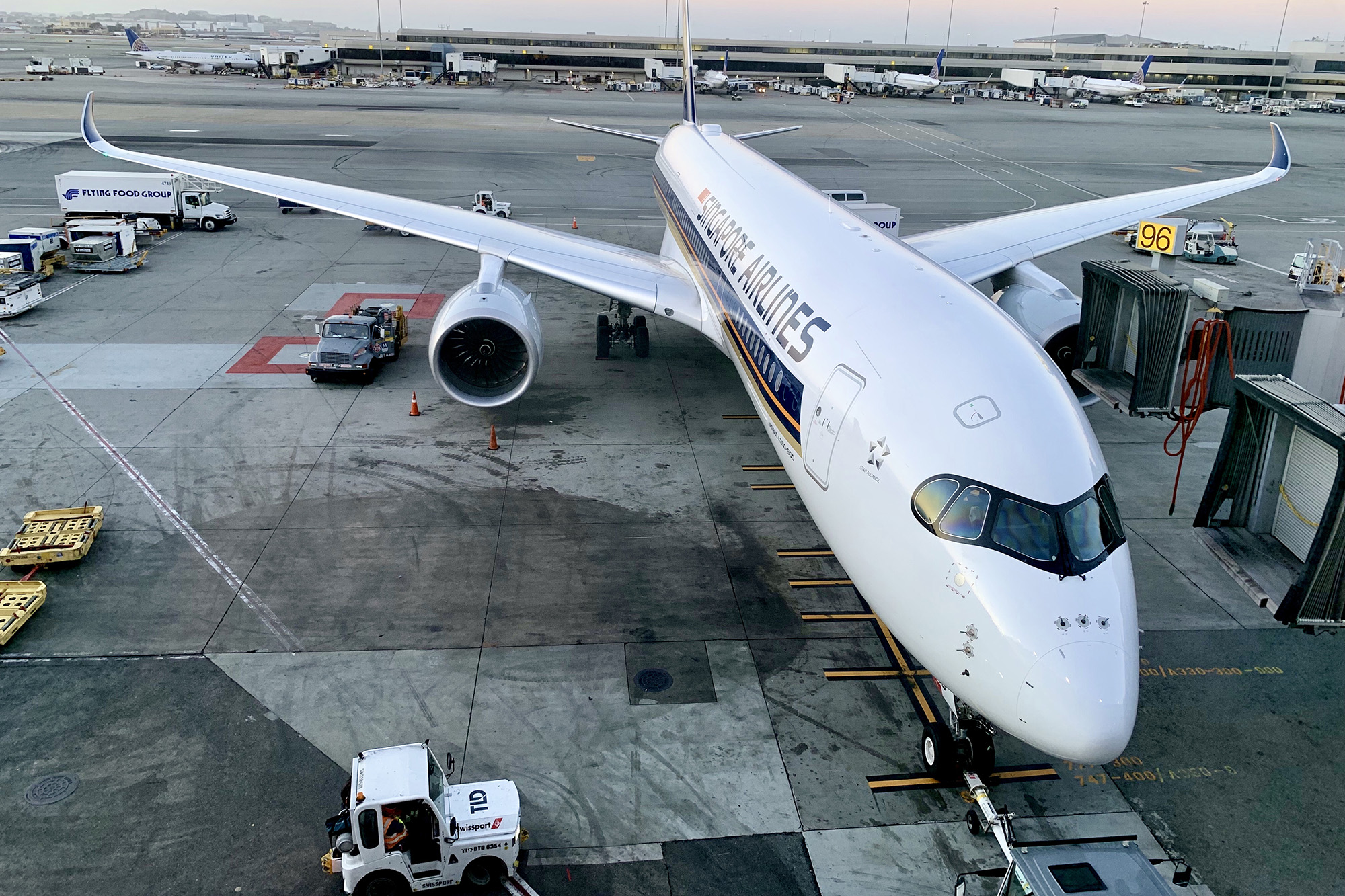 Latest: Singapore Airlines has announced an almost complete grounding, cutting 96% of its capacity and operating only a handful of flights for a two-week period from 29th March to 11th April 2020.

Singapore Airlines has released details of the biggest ever cut to its flying programme in the wake of the coronavirus pandemic, cutting half of the group’s total capacity by removing services completely from several cities, while leaving previous stalwart routes like London and Sydney with just a single daily flight each in April.

Here’s how the service reductions look by month for each of the group’s full-service airlines.

Overall, Singapore Airlines had originally planned to operate around 31,000 flights during this four-month period, so the cancellation rate for the airline by flight volumes averages at 28.6%.

SilkAir had planned to fly 13,300 sectors, giving them a cancellation rate by flight volumes of 22.2%.

Service suspensions now also extend into June 2020, with a smaller number in July and August (not shown). Further cuts in April, May and June are likely to be announced later as the travel restrictions due to coronavirus show no sign of being lifted in the short term across many of the airline’s markets.

Latest: At the time of writing Singapore had just announced that further restrictions will be put in place, barring entry or transit of any visitors from 11.59pm on Monday 23rd March. We expect further flight cuts from SIA and SilkAir as a result.

Cancellations for Singapore Airlines peak in April, with practically half of all flights originally scheduled now not going ahead. For SilkAir it’s March that sees the greatest hit so far, also representing close to half of the carrier’s planned services.

Already May is showing a 23% drop in flights across the two airlines, a total likely to increase closer to the time as the scale of the pandemic’s affect on demand is continually assessed.

Singapore Airlines splits its cancellations list into six geographic regions. Here’s how the flight volume cancellations are spread across those areas during each month for the mainline carrier.

North Asia continues to see the largest share of cancellations, with most China flights cancelled and severe cuts to and from destinations like Hong Kong.

China services including Beijing and Shanghai flights are set to return to full schedules from 1st May at this stage, though that could slip further.

This latest update also reflects markedly increased cancellations on Europe flights, with SIA completely withdrawing from destinations like Paris, Frankfurt, Dusseldorf and Amsterdam in April, while retaining only a single daily London flight rather than the usual four per day.

In Australia and New Zealand, services to Adelaide, Christchurch and Wellington are cut completely while Sydney, normally served five times per day, drops to a seven times weekly service, though some dates have no flights at all while others have two.

Brisbane loses almost all its routine flights, with four times daily service dropping to a four times weekly alternative, though those heading to or from the Queensland capital can be easily routed via Sydney or Melbourne.

Cuts to the four times daily Perth route in April 2020 are also severe, with 178 of the 240 originally planned flights now cancelled – a 74% drop in capacity.

As with SIA mainline operations, almost all of SilkAir’s China flights (North Asia) are reinstated from May, which may not happen.

Given the airline’s operational network, it’s not surprising to see Southeast Asia take the biggest hit here (63% of all cancellations, 85% of cuts when looking at May alone).

One of the more notable cuts for SilkAir flights is Phuket services in both March and May 2020, with 108 of the airline’s planned 266 flights (41%) in each of those two months cancelled.

What if your flight