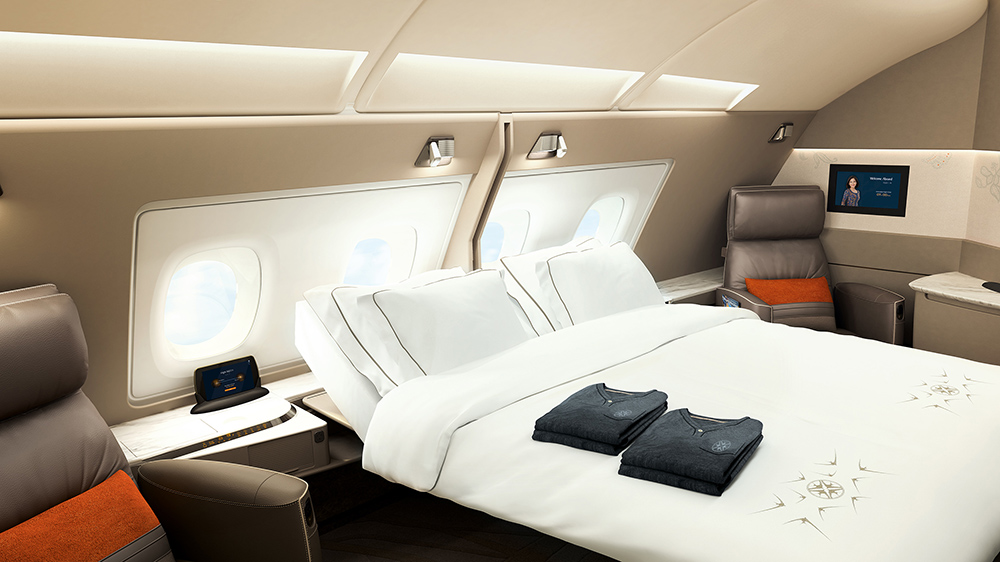 Back in June we revealed the sad news that Singapore Airlines had removed its First Class and Suites products from the planned schedules until September 2020 at the earliest, wiping out availability in their most prestigious cabins both for sale and for KrisFlyer award bookings.

Inventory was subsequently removed through 30th November 2020, however today it’s more bad news for First Class lovers, with confirmation that the airline has extended this block on First and Suites Class cabin space by a further two months until at least 1st February 2021.

This strongly suggests SIA will continue expanding its passenger flight schedule using only Airbus A350 and Boeing 787 aircraft for at least the rest of 2020.

Boeing 777-300 and -300ER aircraft are already operating only minimal cargo-only flights, confirmed in published schedules until at least 24th October 2020, while the fleet of Airbus A380s remains mothballed either at Changi or Alice Springs.

This withdrawal also likely means that only two of the airline’s five Business Class cabins will be seen in service until at least February 2021 – though that’s good news for those of you keen to see the back of the older 2006 and 2009 seats.

SIA has wiped out First Class until February 2021

We know that there are no planned First Class cabins in the schedule through to 24th October 2020, however we also noticed today that Singapore Airlines has pulled all First Class and Suites inventory (F/A class) through to 1st February 2021, well into next year.

This applies equally to redemption availability and cash fares. 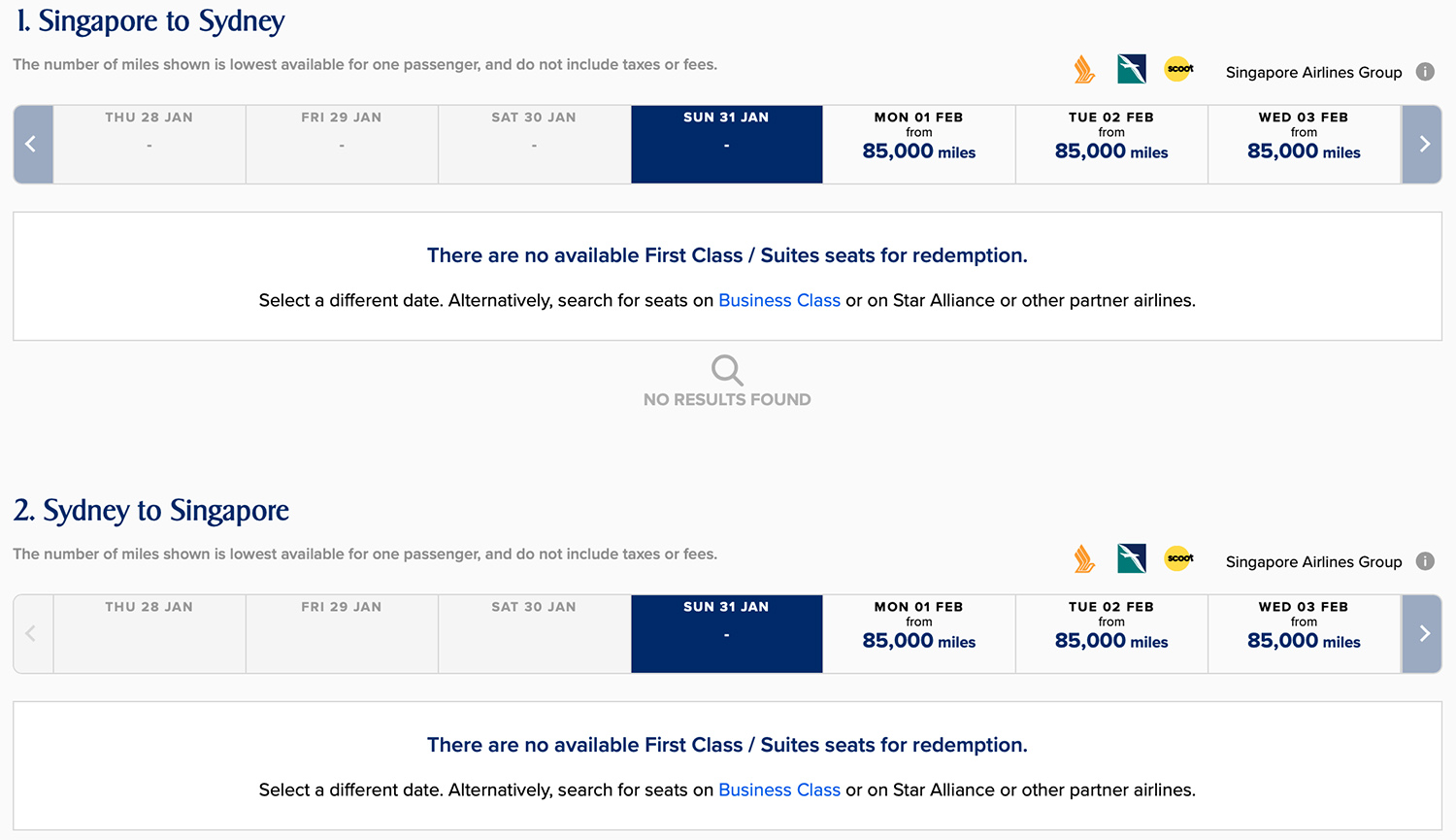 The change is regardless of aircraft type currently programmed, and reflects on both the airline’s website and GDS systems like ExpertFlyer. 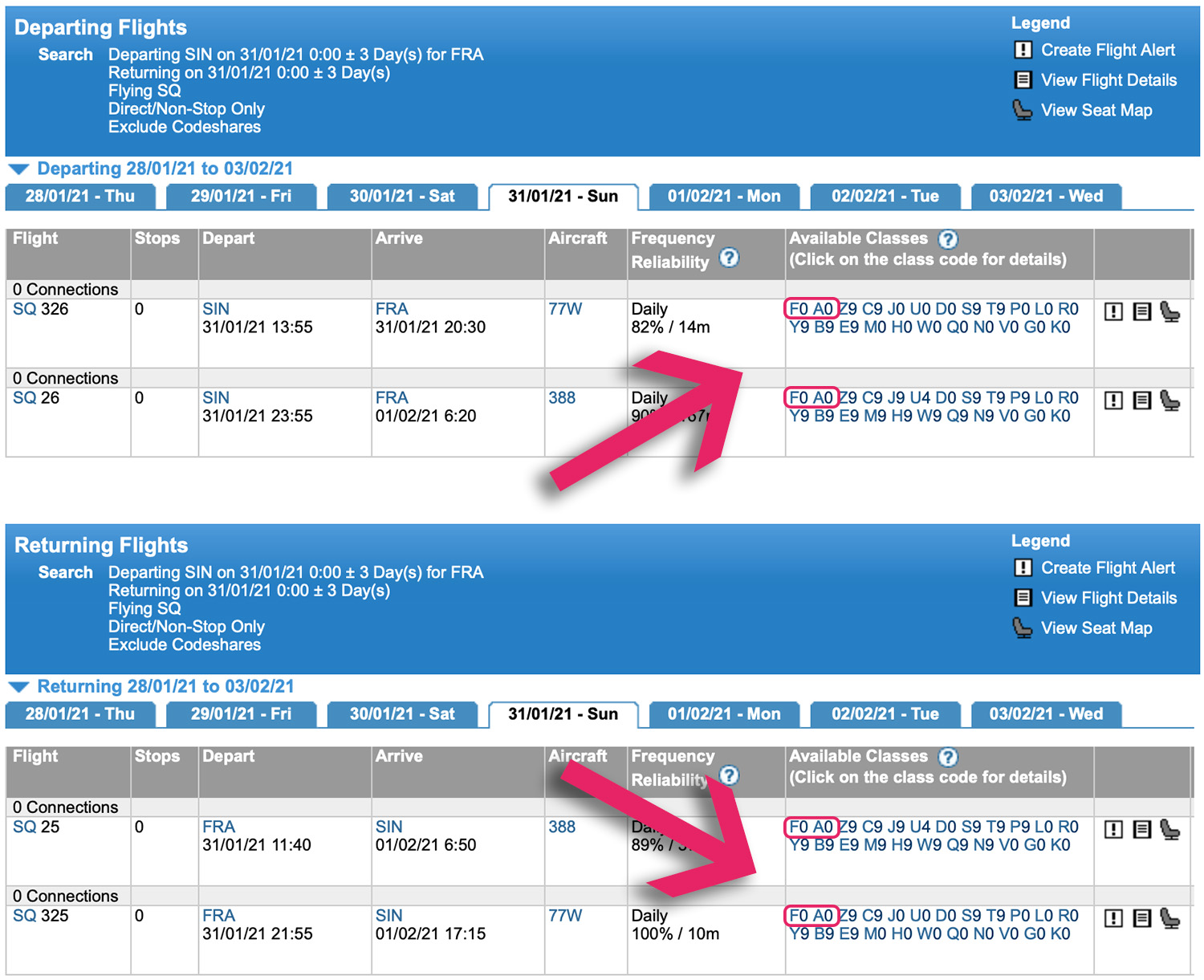 In essence – First Class is not available on any route until 1st February 2021 at the earliest.

Only 50 of SIA’s 120+ strong fleet has a First Class or Suites cabin installed. None of them are programmed to fly passenger services until at least the start of the northern winter season – effectively in November 2020, however this latest development suggests they will be missing from the schedules for far longer than that.

Singapore Airlines stopped operating its Suites cabin in late March 2020, when its fleet of 19 Airbus A380s were moved into storage in Singapore.

Seven of these aircraft have since been moved to long-term storage in Alice Springs, Australia, with the remaining 12 at Changi.

Despite flight schedules including the Airbus A380 from 25th October 2020, there appear to be no plans to reintroduce the type to service during this period of little or no demand due to the COVID-19 pandemic.

This ties in with the information we received a couple of months ago from friends who are working as Singapore Airlines cabin crew, who said they had already been informed that the Airbus A380 will not fly passenger services for at least the rest of 2020.

Which aircraft are operating?

SIA continues to dedicate its passenger flights across three aircraft variants, the Airbus A350 (3-class), Airbus A350 Regional and Boeing 787-10.

That means no First Class or Suites product is currently available, with only limited scope for Premium Economy. You can expect to see flights operated by these three types as updated schedules are released over the coming months.

Boeing 777-300s and Boeing 777-300ERs are not scheduled to fly passenger services until at least the end of October 2020, while the Airbus A380s are all in storage and will not be making an appearance on passenger routes for some time.

Similarly, any return for the A330s to passenger service seems unlikely, given their planned progressive return to leasing companies over the next year.