Skip to content
Shanghai and Zurich flights on the latest A380 aircraft with the new suites and business class cabins will be added in June and July this year, after London Heathrow goes daily from April. 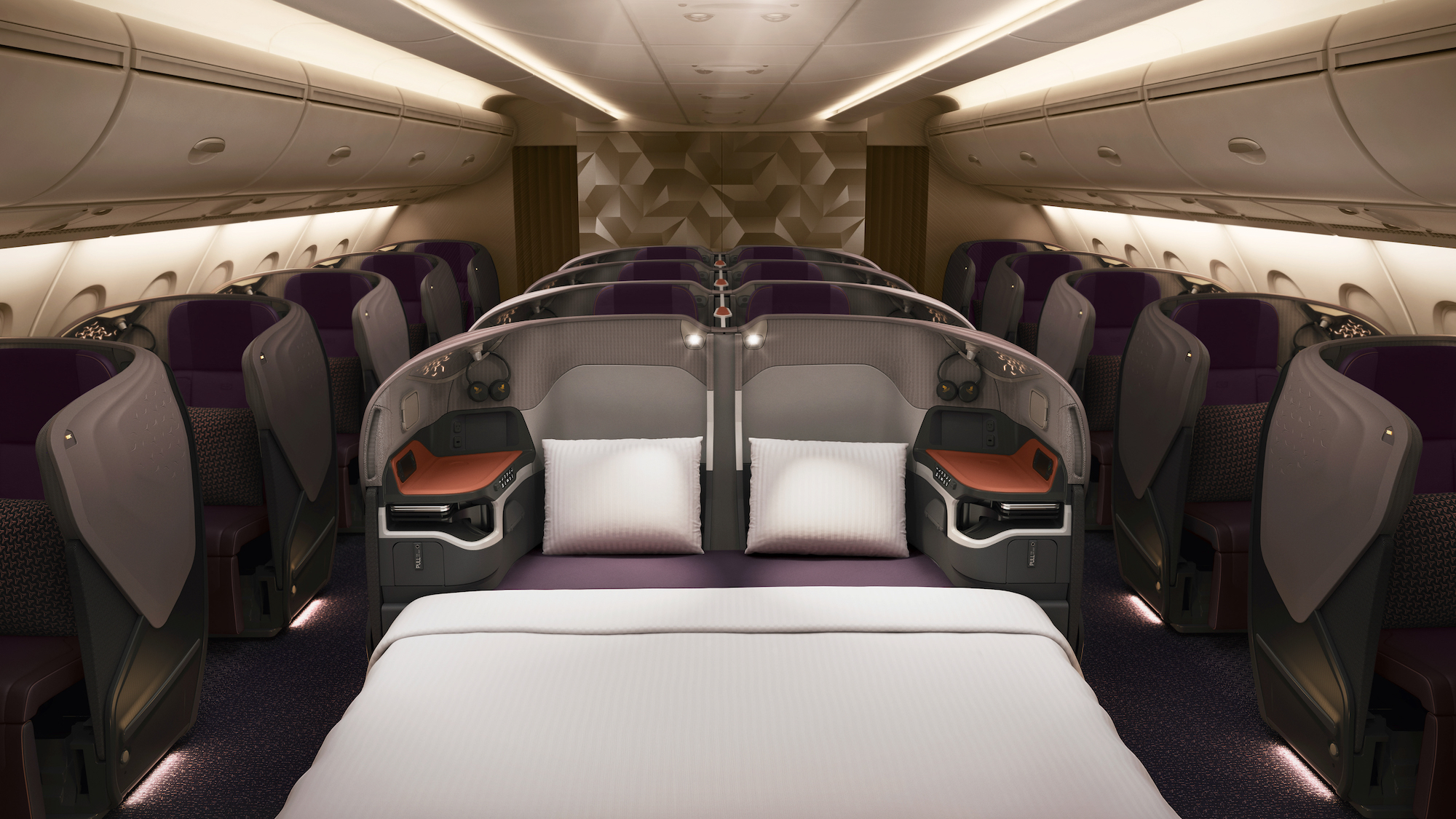 Last week Singapore Airlines confirmed that the upcoming delivery of their newest A380 aircraft, the second arriving in the new configuration, will be flying to London Heathrow 3 times a week and to Hong Kong 4 times a week from 16th February and 18th February respectively, in addition to their daily Sydney services which have been running since December.

We’ve obtained a copy of the proposed schedule for the next three aircraft due to join the fleet, and can reveal the following plan for these upcoming new A380 deliveries, which includes the next two routes the aircraft will fly on – Shanghai and Zurich.

Note that while the routes are confirmed, the dates are provisional.

Edit 26th January 2018: Note that Singapore Airlines do not usually assign the letter ‘X’ in their aircraft registration sequence, so the last three aircraft are amended to be SKW, SKY and SKZ.

Here’s a copy of the proposed schedule rollout. Please note that after 5th April 2018, dates are provisional and subject to change.

Remember that after 5th April 2018, as far as the new routes are concerned, this schedule is provisional. The upcoming Heathrow launch with the second aircraft (SKV), for example, was originally slated for 2nd February but was pushed back by two weeks due to delays with the aircraft cabin fittings in Hamburg, and the delivery of these subsequent three aircraft could easily shift back for similar reasons.

The schedule is good until the end of the northern summer season (28th October 2018), after which a similar timetable is proposed, with the exception of Zurich, which reverts to A380 Version 2 aircraft (12R/86J/36W/245Y) for the northern winter season.

No news yet what might replace Zurich, though it opens up the possibility for a couple more Sydney or Melbourne A380 flights to be switched across in time for the peak travel period on Australia routes (remember this new A380 has by far the highest total capacity of any Singapore Airlines aircraft).

That’s pure speculation on our part though.

How does redemption availability look?

The first question almost everyone asks when some details of the new product rollout plans are announced, is how does the redemption availability look in suites and business class?

We searched for flights planned to be operated by the A380 with the new cabin products, which have at least 1 instantly confirmable ‘Saver’ redemption in suites, or in business class (KVS tool is your friend for this, otherwise it takes ages using the KrisFlyer site). Here’s a summary of what we found.

Bad news on this route, all ‘Saver’ redemptions in the new suites, in both directions, are either not available, or are waitlisted. Not even a single seat. We only found two ‘Saver’ seats in suites across a 3-month period from July to September, and both were for dates in July where the old A380 configuration is scheduled to fly the route.

Business class looks better though, we found a decent selection of dates especially from August onwards where at least one ‘Saver’ award seat was available in the new business class cabin.

If you’re looking for suites, or for alternative dates in business class, you could waitlist for a flight, or splash out for an ‘Advantage’ redemption which are more widely available in both cabins, but remember ‘Advantage’ will set you back a lot more miles for this route. 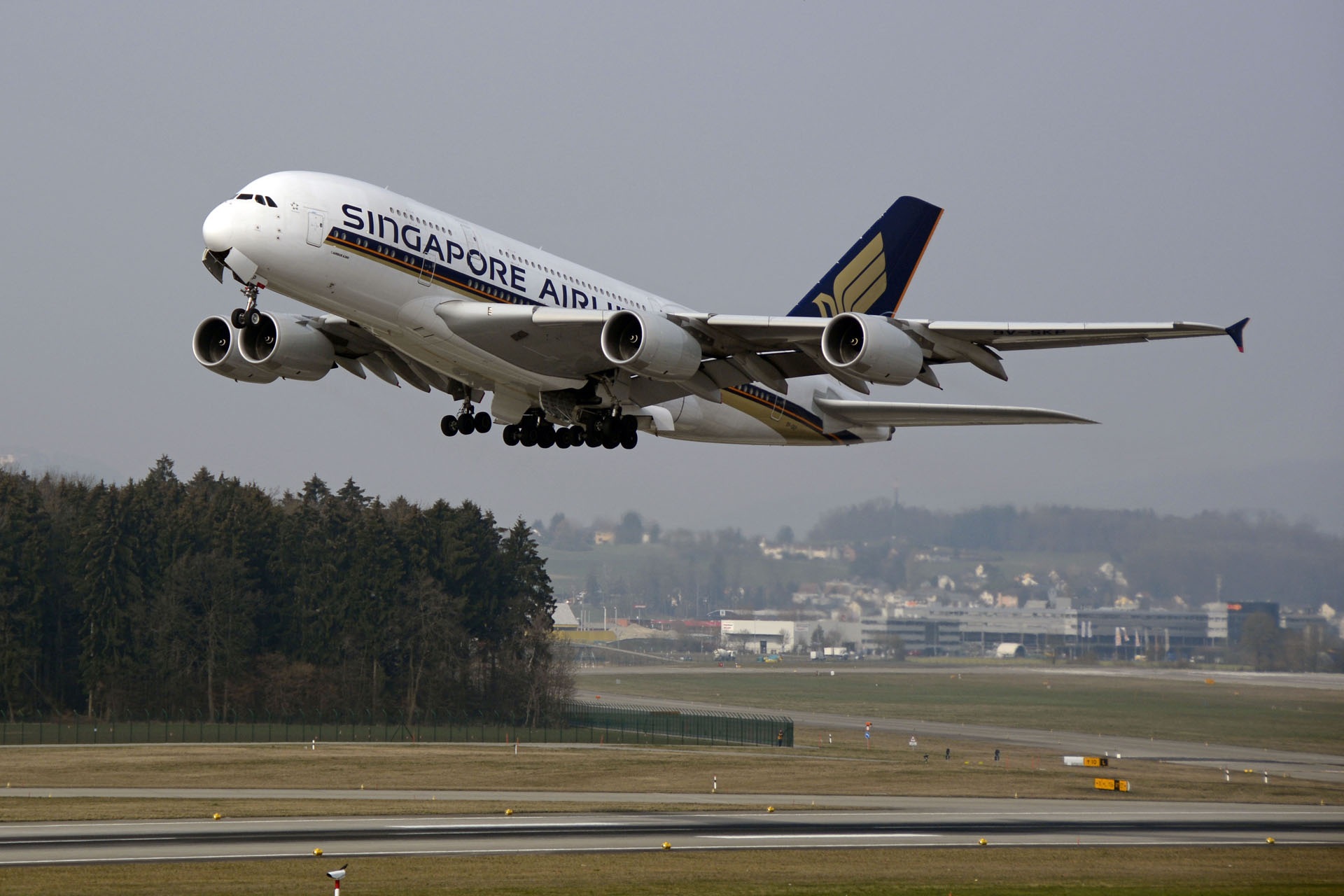 Very thinly spread availability as usual for this premium route. SIN-LHR on the ever-popular SQ322 turned up no business class or suites savers over the 3-month period. LHR-SIN on SQ317 however does have a few days of ‘Saver’ availability in business class during April (9 days out of 30), becoming much more widely available from May onwards (12 days out of 31).

We won’t list all the dates for business on this flight, as redemptions are easier to achieve than for Zurich, but remember to check only for SQ317 LHR-SIN after 7th April.

Here it’s better news, in business at least. While ‘Saver’ suites redemptions are still hard to secure on the flights with the new A380, business is wide open during the 3-month period we searched for. You can fly the new product almost every day on an award redemption.

Not much has changed for this route, availability for ‘Saver’ suites redemptions is extremely limited (we didn’t find any except waitlist), but for business it’s a bit better and some anecdotal evidence that decent availability opens up around a day before (we experienced this when we travelled to Sydney to write our review earlier this month).

Here’s a breakdown of the KrisFlyer mileage rates you’ll pay for a one-way redemption on the new routes, in thousands of miles:

Remember you’ll find that the seat map for these provisional services still reflects a current A380 configuration, because these new flights haven’t yet been formally announced and so aren’t loaded into the reservation system in this configuration yet.

Even once a newly configured A380 is announced for these flights, be aware that the airline may need to substitute aircraft for technical or operational reasons, and this will become more prevalent as the fleet of newly configured A380s expands (even 5 brand new planes won’t behave all the time).

The shorter flights (Hong Kong and Shanghai) will likely be sacrificed first if this happens, so although they represent the lowest mileage rates for trying out the new cabin products, they also come with the highest risk of an equipment swap.

What’s exciting about the new A380s?

In case you missed the news, Singapore Airlines took the opportunity with these 5 new aircraft to design and install a new suites cabin, with space for just six passengers in total, relocated to the forward upper deck section of the aircraft. Two of the suite pairs have a retractable divider allowing a “double” bed arrangement for a couple travelling together. You can read our summary of the new suites product here.

In business, which occupies the remainder of the upper deck, another new design has been used for these aircraft with a slightly narrower seat than SIA have used recently, still in an all-aisle-access 1-2-1 configuration but with improved storage and privacy, and the opportunity for a “double” bed setup at three of the rows.

We travelled in the new business class seat from Singapore to Sydney earlier this month and were impressed by the experience – see our comprehensive review here.

The increase to 5 A380 aircraft in the new configuration by August this year will open up plenty of opportunities to try out the newest cabin products offered by Singapore Airlines, and now we know well in advance what SIA plan to do with them.

As we’ve highlighted, there are ‘Saver’ redemptions available in business class for many of these routes on certain dates, not to mention an even wider range of the more costly ‘Advantage’ redemptions if you’re desperate to try out the new cabins.

Suites is still a challenge, and probably will be from now on with only 6 seats fitted to the cabin in total, so if a ‘Saver’ redemption is what you need then don’t hesitate to waitlist. If your dates aren’t flexible, ‘Advantage’ redemptions may be the new way to get used to flying this product in future.

Even though the introduction timetable of the new aircraft on these routes may slip a little from the dates quoted above, and Singapore Airlines could change their mind completely on where to send them, we would still recommend locking in an award seat now as in the worst case you can cancel and redeposit the miles for US$30 at any time (provided you book before 1st March).

Later in the year, once all 5 aircraft have been delivered, the remaining 14 A380s with the older seats will start to go through a retrofit program with installation of the same new cabin products, a process that will take about 2 years in total to complete. As they return to service, we’ll be keeping a close eye on which routes you can expect to find them on.

Once the official schedule is announced route-by-route, usually about a month before each launch, we’ll confirm the finalised dates in a dedicated article as we did previously with the Sydney, London and Hong Kong schedules.