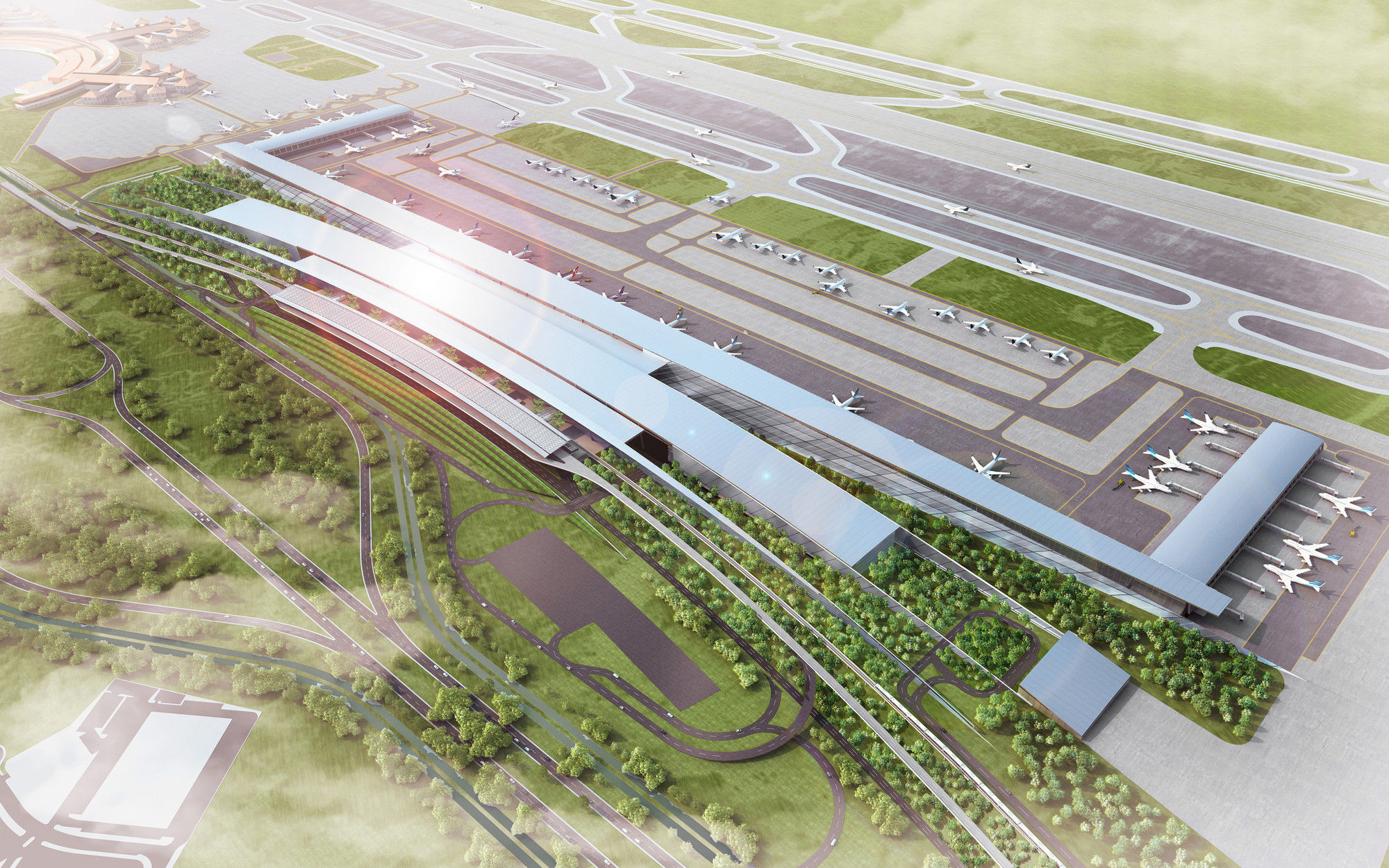 The newest terminal at Jakarta’s main international airport, Terminal 3 at Soekarno–Hatta, has had its fair share of false starts. Commercial flights at the brand new terminal were originally supposed to commence in 2015. When they actually did in 2017, 2 years late, the terminal flooded within a week of opening due to issues with the drainage system.

Moves into T3 by a number of international carriers like Qantas and Japan Airlines were postponed, however gradually they are moving across and next week Singapore Airlines is one of them. Jakarta is by far the busiest route for the airline, and from 28th November 2018, all nine daily SIA flights at the airport will use the new terminal.

It’s not all good news though – KrisFlyer Elite Gold and Star Alliance Gold passengers flying in Economy aren’t likely to be very pleased about the new lounge arrangements.

Aside from hosting the entire Garuda Indonesia and Citilink operation under one roof, Terminal 3 is already home to SIA’s own budget subsidiary Scoot, Singapore-based Jetstar Asia, KLM, Japan Airlines, Vietnam Airlines, AirAsia and Thai Airways flights among others.

Despite flying nine departures daily at Jakarta with a combined capacity of 2,500 passengers, up to 476 of whom are flying First or Business Class, Singapore Airlines doesn’t have a SilverKris lounge at the airport.

Instead it relies on up to three third-party lounges in the current Terminal 2 to accommodate customers; the Esplanade Lounge for First & Business Class passengers and PPS Club members travelling in Economy, the Premier Lounge for KrisFlyer Elite Gold and Star Alliance Gold members, and finally when the Premier Lounge is full the Pura Indah Lounge accommodates ‘overflow’ Star Alliance Gold passengers.

These are generally seen as ‘underwhelming’, and a poor substitute for a KrisFlyer lounge. The latter two are ‘pay per use’ lounges anyone can access for S$20-30, both are also on Priority Pass, and at the Pura Indah Lounge alcoholic beverages are limited to two per person!

You might have thought the move to a brand new facility, Terminal 3, would have meant Singapore Airlines would invest in its own SilverKris lounge, particularly with this being its busiest outstation. Alas there are no such plans, and once the airline moves to Terminal 3 next week eligible passengers travelling in First and Business Class will instead be directed to the Plaza Premium Saphire Lounge.

To be fair this does look like a big improvement over the current Terminal 2 lounge offerings.

The lounge features ‘productivity pods’, and window seats down one side with views over the runway.

There aren’t many reviews available online yet, but reports suggest the food options are decent, with a cook-to-order station and a tended bar.

The entrance to the lounge is near gate 5 on level 2, one floor down from the departures immigration hall.

Full details of the lounge can be found on the Plaza Premium website here.

While this lounge looks like a nice improvement for eligible Singapore Airlines customers at Jakarta, access will only be available to those flying in First or Business Class and PPS Club members travelling in Economy.

That probably leaves you wondering which lounge KrisFlyer Elite Gold and Star Alliance Gold passengers travelling in Economy will be entitled to use.

Well here’s the bad news – there isn’t one.

A Singapore Airlines spokesperson confirmed with Mainly Miles this morning that instead these passengers will be issued vouchers to use at the following restaurants in Terminal 3:

Interestingly, First / Business Class and PPS Club members can also choose to forgo lounge access and take the vouchers instead, suggesting the airline may be incurring a cost per visit at the Plaza Premium lounge, rather than a fixed price contract arrangement.

Edit: Singapore Airlines confirmed to Mainly Miles that the voucher value for KrisFlyer Elite Gold and Star Alliance Gold passengers flying in Economy Class is 150,000 IDR (around S$14), and that the arrangement is temporary owing to space constraints in the current lounge.

More flights and the latest cabins

Jakarta is already Singapore Airlines’ busiest route, with a 4% increase in capacity already this year from five additional Airbus A350 flights per week, plus the recent announcement that an A350 Regional will replace an A330 on one of the flights from next month.

This aircraft will introduce the 2018 Regional Business Class seat on the route, with 10 more seats in that cabin than the A330 accommodates, plus 8 extra seats in Economy.

That means from 18th December three of the nine daily Singapore Airlines Jakarta flights will boast either the long-haul 2013 J seat or regional 2018 RJ seat in Business Class.

These are the Business Class cabin types offered on the Singapore – Jakarta route, from 18th December 2018.

In total, SIA will fly over 1.8 million seats between Singapore and Jakarta (both directions) during 2019.

Gradually all international flights are switching to Jakarta’s new Terminal 3, with Terminals 1 and 2 dedicated to domestic-only operations. The move for Singapore Airlines next week is a little later than planned, however that’s been the case for most airlines due to teething troubles.

On the lounge side, KrisFlyer Elite Gold and Star Alliance Gold members flying on Singapore Airlines from Jakarta in Economy are likely to be disappointed, to say the least, that they will be shunned lounge access at the airport from next week.

Edit: Thanks to Aaron at Miletitude for pointing out we got the wrong lounge here – there is another Saphire lounge at Jakarta T3 international (which is not the Saphire Plaza Premium lounge Singapore Airlines will use) on Priority Pass. The Plaza Premium lounge is only accessible for SQ F/J/PPS passengers, Amex Centurion/Platinum Charge card holders, or alternatively allows paid access. Sorry for any confusion.

It’s surprising to us that Singapore Airlines did not open a SilverKris lounge in Jakarta Terminal 3, especially since they have such facilities at smaller outstations including Kuala Lumpur, Bangkok and Manila.

Given that no airline other than Garuda has ever managed to set up a lounge of its own at the airport, we imagine this is a local restriction Singapore Ai