Skip to content
Qatar Airways has loaded over 1,000 Qsuite awards from Singapore for travel in 2021 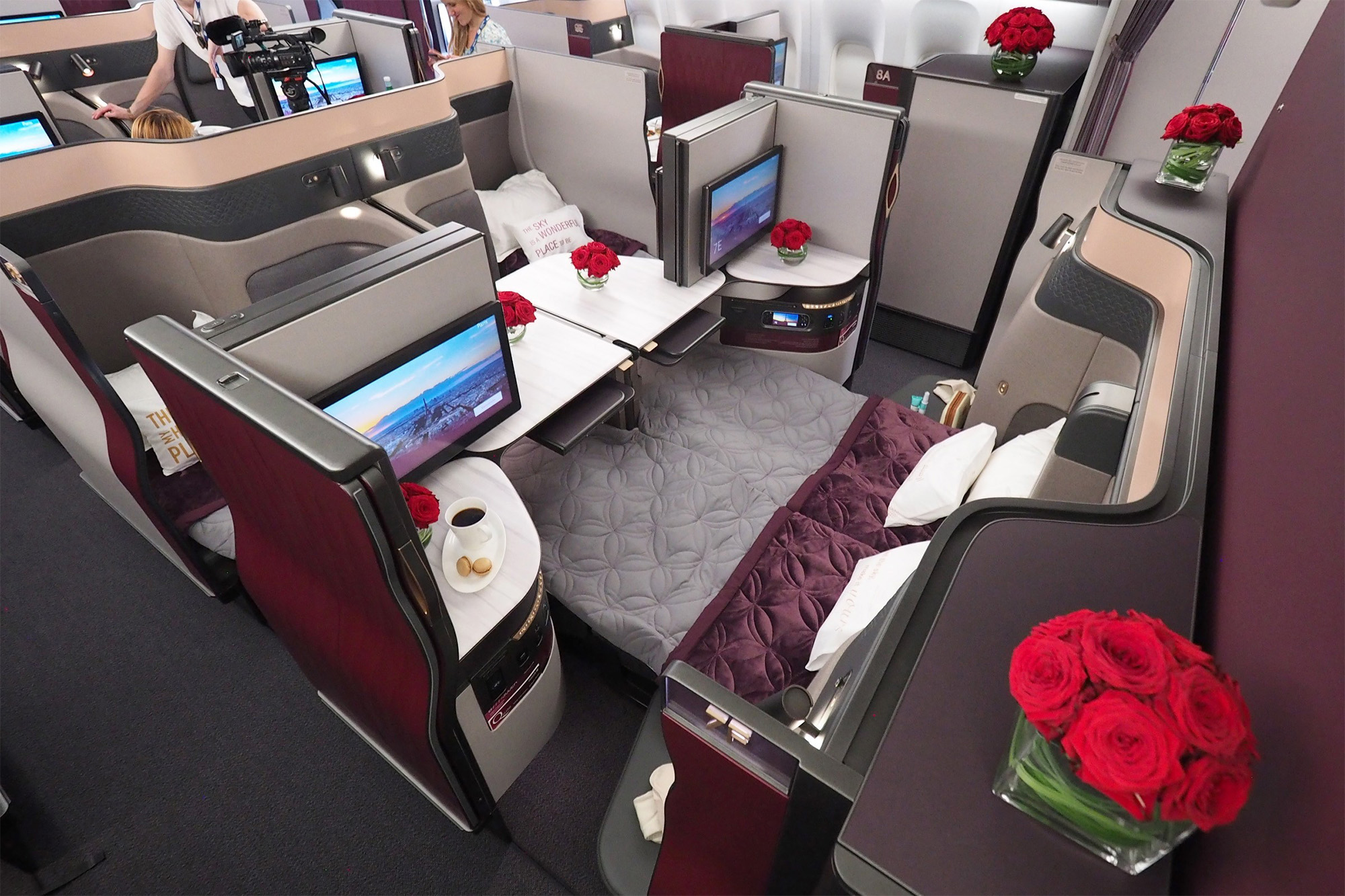 Despite first being launched over three years ago, the Qatar Airways Qsuite still sets an exceptional standard among Business Class products worldwide, with only the latest ANA Business Class either catching up or perhaps even slightly surpassing it in recent times.

Singapore became an all-Qsuite route for the airline almost exactly a year ago, in June 2019, with three daily services to and from Doha featuring the new seats on a dedicated basis, unlike some other routes like Kuala Lumpur and Bangkok where the cabin ‘comes and goes’.

Even when the airline operates a smaller Airbus A350-900 on the Singapore route rather than the usual A350-1000, like it has been recently for example, it prioritises a Qsuite-equipped one for the job.

That makes Singapore – Doha the route to choose from this part of the world to practically guarantee the Qsuite in Business Class on your Qatar Airways flight, but the biggest drawback has always been that it’s a difficult route to redeem on, even for one passenger let alone two or more on the same flight.

There’s good news though, thanks to Thrifty Traveller, who noticed that Qatar is loading a significant quantity of Business Class award seats in 2021 including on Qsuite routes to and from the USA.

That led us to take a look at availability on the Singapore – Doha route and it’s really quite astounding.

Qatar Airways has loaded over 1,000 Qsuite awards from Singapore to Doha between January and May 2021, with the same number available on the Doha to Singapore route too.

That’s an average of seven award seats per day in each direction.

We’re literally seeing award space for hundreds of Qsuites in total, with up to 4 on each flight meaning 12 award seats across a single day in some cases.

If Qatar’s latest Business Class product Qsuite is new to you – see what the airline itself has to say about it here.

These are private individual suites with closing doors, a double bed option in the middle and even a four person family-style ‘quad’ suite, which can be configured in some middle rows.

We’ve flown the Qsuite a few times now, but of course on the first occasion back in September 2018 we took the opportunity to review the product in detail.

Qatar’s service and food isn’t always on par with Singapore Airlines in our experience, but the Qsuite probably makes up for it in many other ways.

All Qatar Airways aircraft fitted with the Qsuite also have the airline’s excellent ‘Super Wi-Fi’ system installed. We tried it out late last year on a Doha to Singapore flight and it didn’t disappoint.

With the first hour free, then US$10 for unlimited Wi-Fi for the rest of the flight with no data cap, it’s great value in our opinion especially if you need to get some work done while sipping a glass of Champagne.

Which dates are available?

We checked award availability all the way through from January to May 2021.

Initially for the first half of January award space is still quite limited, but from mid-January onwards it really starts to pick up, with flights on Sundays, Mondays and Tuesdays in both directions starting to see four award seats on most flights.

That’s your way to unlock the Qsuite’s ‘quad’ seats for a family or group of friends.