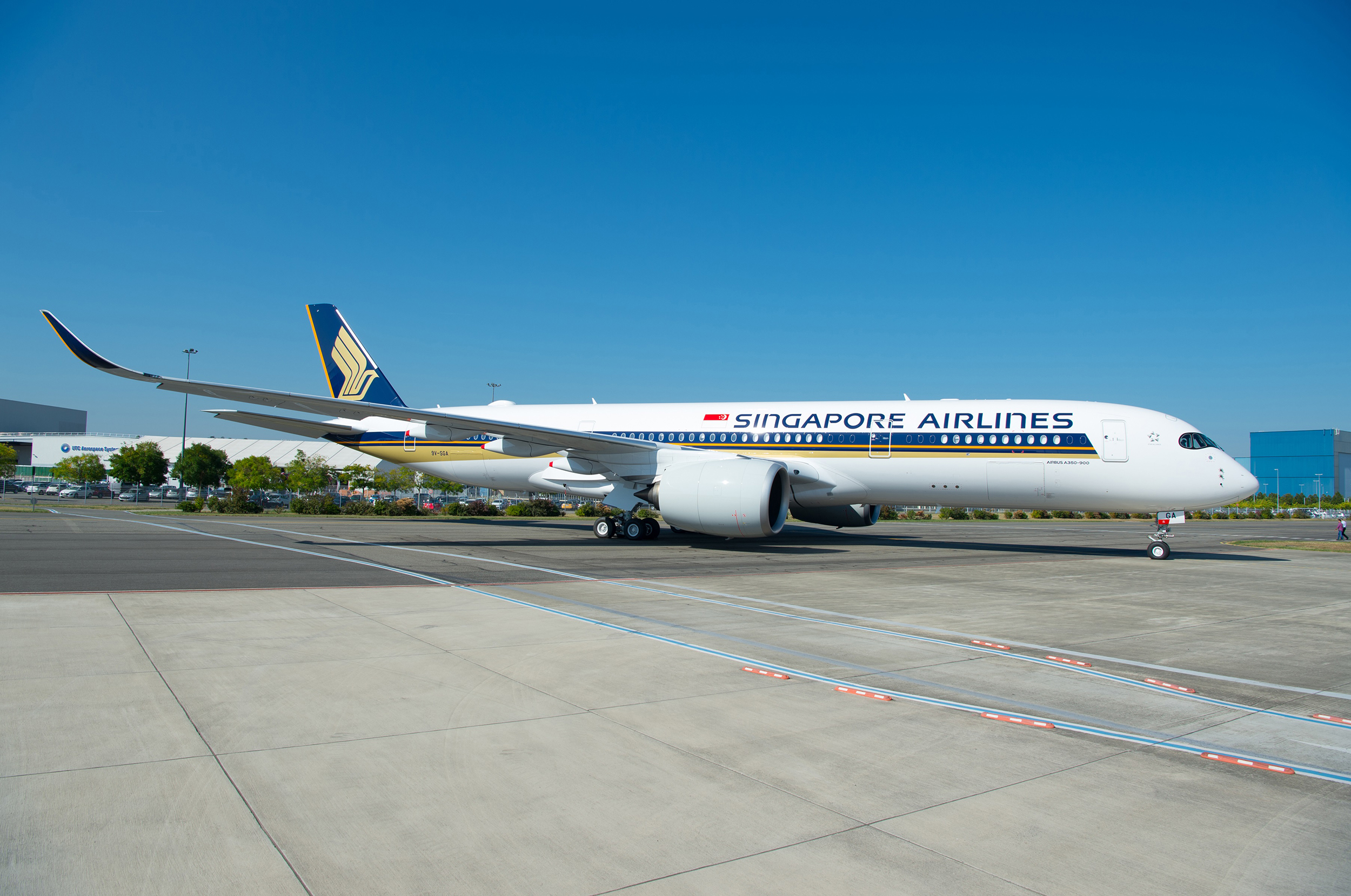 Singapore Airlines took delivery of its latest aircraft at a delivery ceremony this morning, the world’s first Airbus A350-900ULR (Ultra Long Range). The aircraft, which is the first of 7 such examples due for delivery to the airline this year, will fly to Singapore in the coming days and is set to enter service non-stop between Singapore and Newark on 11th October 2018, re-starting a route last flown by Singapore Airlines five years ago.

Here are some facts about the new plane:

The A350-900ULR will fly non-stop services to three major US cities by the end of 2018. The routes for this new aircraft will be:

In the case of Newark and Los Angeles these flights will mark the re-start of non-stop services by Singapore Airlines last operated by the Airbus A340-500 five years ago.

We outlined the details of this new aircraft in our Newark route announcement in May and in a special article about the cabin layout.

We also did a special feature about the enhanced Premium Economy seats installed on this ultra long range plane, with some added comfort and individual window seats ideal for those travelling solo in this cabin.

Of course we also covered the Los Angeles and San Francisco route announcements in July.

You can read our comprehensive review from earlier this year of the 2013 Business Class seat on the Singapore Airlines A350.

Singapore Airlines has released a video highlighting the production and testing of this new aircraft variant. You can view it below.

Are you planning to fly non-stop between Singapore and the USA on the A350-900ULR? Let us know in the comments section below.