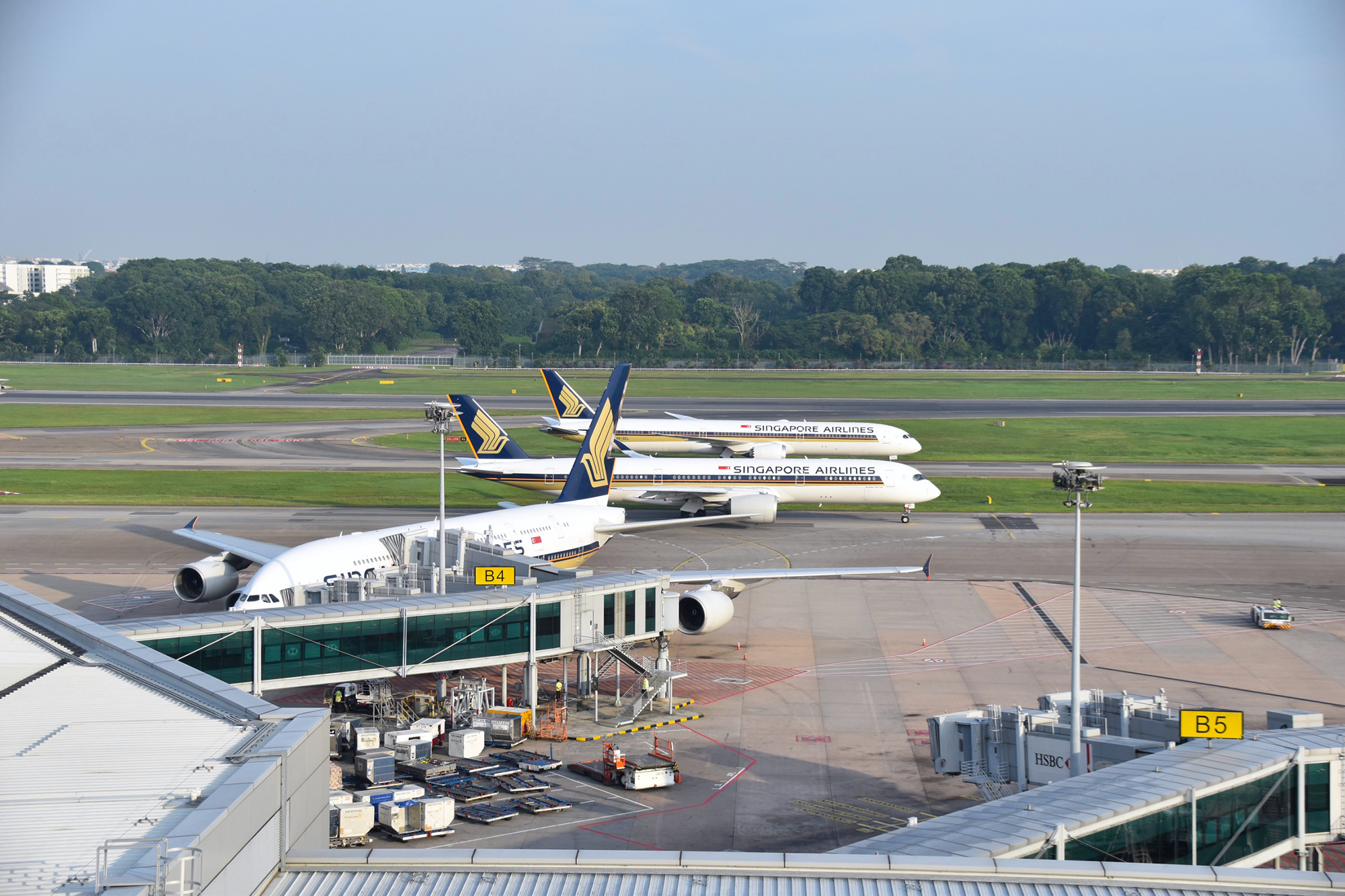 June was the month many Singapore Airlines fans had been waiting for with some anticipation, as it marked the introduction of the first of 14 Airbus A380s to be refitted with the latest 2017 Suites and Business Class cabins.

The aircraft has dropped in to the A380 Version 3 sub-fleet with identical total capacities by cabin class, flying a range of A380 Version 3 routes but crucially allowing twice daily Sydney flights with the latest seats, an arrangement which will continue until August when instead the focus shifts to India.

On the new deliveries front June saw one A350 Regional and one 787-10 arrive, while for withdrawals, temporarily at least, an extra 777-300ER is out of action for routine maintenance.

Let’s begin with the usual fleet overview. There were 131 registered aircraft in the Singapore Airlines fleet as reported by the Civil Aviation Authority of Singapore (CAAS) on 30th June 2019.

As always, this monthly update looks at how the aircraft are distributed across the fleet, which are in active service and which are set for disposal.

The official registered aircraft data in combination with analysis of actual flight data over the last few weeks allows us to determine the actual ‘in service’ fleet of 126 planes at 5th July 2019, 119 of which are currently active.

Since June 2019 (and since the CAAS database at 31st May 2019) the following changes have been recorded:

The first A380 refit is finally in service

After more than seven months out of service, 9V-SKS finally returned to flying on 20th June 2019 to Sydney, allowing Singapore Airlines to ‘double down’ each day on the route with the new 2017 cabin products.

The extra Sydney flight is a stop-gap though, later this summer the extra plane will support permanent daily flights to and from Mumbai, after a one month stint on the Delhi route.

The new aircraft has the same cabin seating totals by cabin class as the other A380 Version 3 planes, allowing it to easily slot into the planned schedules anywhere the other Version 3 aircraft are flying, so it is not dedicated to any particular route.

If you are looking to secure a refitted aircraft on your flight it’s not easy though, Singapore Airlines is loading the regular seat map (left) on all A380 Version 3 flights until online check-in opens 48 hours before, at which time the flights operated by SKS revert to the modified Economy Class seat map (right).

Even then, a substitution is still possible.

We are keen to see if the refitted aircraft has any major changes in the Suites cabin, as there were identified design shortcomings here that SIA suggested would be addressed, but after two weeks of operation we’ve yet to hear of a single difference.

We think we would have heard from passengers by now if anything fundamental had changed, so it’s likely the door alignment and lack of buddy dining issues remain.

9V-SKT is the next aircraft being refitted. Already it has been out of service for five months but there are no new routes confirmed until the daily A380 Tokyo flight swaps to the new configuration in January 2020, as we announced yesterday.

At this rate, it is now completely impossible for the refit work to be completed by the end of 2020 as originally planned, since it would require almost a dozen planes to be finished in that year alone, requiring several aircraft to be out of operation simultaneously.

SIA can afford neither the hangar capacity nor the aircraft downtime to support such a project. Our estimate is now 2021/22 at the earliest for all 13 remaining older aircraft to be refitted.

The 787-10 fleet is returning to strength

Some good news for the airline with another new 787 delivery and the return of 9V-SCI into service only one aircraft, 9V-SCD, remains out of action owing to the Rolls-Royce engine issues.

Singapore Airlines is obviously confident in the fleet, making a relatively short term schedule change to the Shanghai route earlier this week with a daily 787-10 flight on that relatively long flight on a daily basis from 1st August 2019, without any service reductions elsewhere for the Dreamliner fleet.

The situation isn’t completely resolved yet of course. There is no news of when 9V-SCD may return to flying (last seen parked in the cargo area minus both engines), and 9V-SCG took an eight day break from flying from 20th to 28th June, presumably for inspections and/or engine replacement as parts arrive from Rolls-Royce.

The good news though is that the worst appears to be over.

We have heard on the grapevine that there may be a ‘crunch point’ coming in late 2019, owing to a large swathe of the world fleet of Rolls-Royce Trent 1000 TEN engines reaching their ‘cycle limit’ around the same time (in relation to the High Pressure Turbine issue), so it remains to be seen if SIA 787-10 operations will be further affected down the line.

We summarised the latest analyst briefing to SIA investors two months ago, outlining the fleet development plan to 2020. Here’s a recap of the numbers, though in this case we have changed the starting point to reflect the in-service fleet at today’s date and taken account of fleet movements in the current financial year that have already occurred.

In addition to 9V-STO and 9V-STV, which are already leaving, we still expect the following departures this financial year:

There are still five others leaving with registrations yet to be announced (probably the rest of the older ST series, and one of the SS series, though that’s purely a guess on our part – it will depend on individual lease agreements).

With the delivery of 9V-SHI in late June, only one more regional variant is due in the near future, 9V-SHJ, which is currently in the paint hangar (awaiting first flight) and probably won’t deliver until September.

There are still five ‘standard’ configuration 3-class A350 aircraft due this year: